Relations with the United Nations

Relations with the United Nations 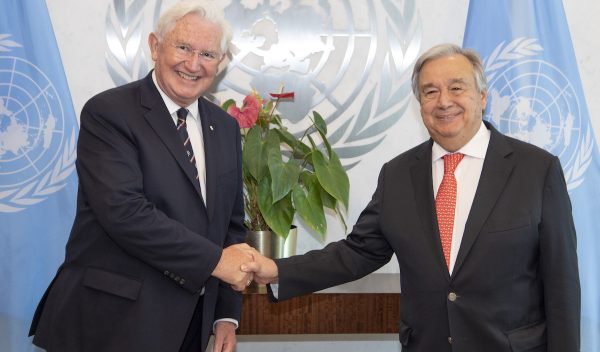 When the Sovereign Order of Malta was granted Permanent Observer Status at the United Nations in New York in August 1994, it was with the support of many nations who cited the 900 years of philanthropic history of the Order, and its ongoing efforts to alleviate sickness and suffering around the world, as attributes worthy of such status. The past 25 years have seen a dramatic growth in the work of the Order and an escalation in human need. Our United Nations involvement allows us to keep a close watch on global issues, and to maintain contact with countries that are recipients of our help as well as those which contribute to the work we do. We operate in close coordination with United Nations agencies to ensure appropriate levels of response to civil crises and natural disasters. Our participation is critical to our ability to respond rapidly to developing global situations.

We have a voice at United Nations deliberations, particularly when they concern human rights and humanitarian issues. Over the years, the Order’s Ambassadors and members of the Delegation in New York, often joined by the Grand Chancellor and the Grand Hospitaller, have made numerous of interventions in the General Assembly, to its standing committees and United Nations agencies. We have been, and continue to be, a consistent participant in discussions around such concerns as peacekeeping, the Sustainable Development Goals, human trafficking, biodiversity, climate change, refugee and migrant issues and religious freedom, among many others. Among the highlights of our 25 years of involvement with the United Nations in New York was a 900th Anniversary Reception we hosted on May 9th 2013. The event was attended by several hundred ambassadors, delegates and representatives including the then United Nations Secretary General, Ban Ki-Moon. The Secretary General spoke warmly of the contribution being made by the Sovereign Order in the field of humanitarian assistance in over one hundred countries, through the Order’s extensive international network of medical and socio-medical community centres and over 120,000 trained volunteers and medical personnel. The Sovereign Order of Malta’s presence at the United Nations is a precious gift, because it permits, even encourages, the voice of humanitarian care to be heard above the political fray that too often dominates the conversation. The Order presents a message of solidarity to the global community and a commitment to stand at the forefront of service for, and on behalf of, the forgotten people of our world and those who are left behind. 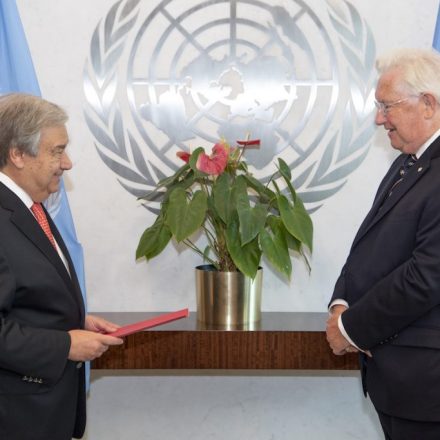 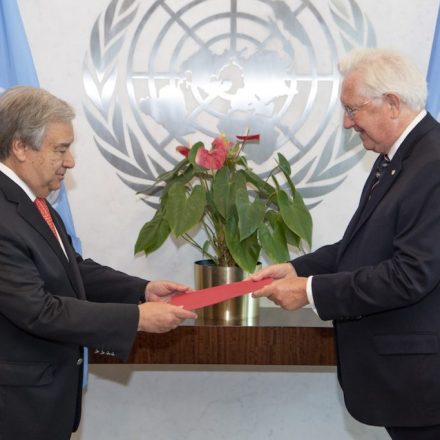